The production process and classification of Gaoyang towel manufacturers 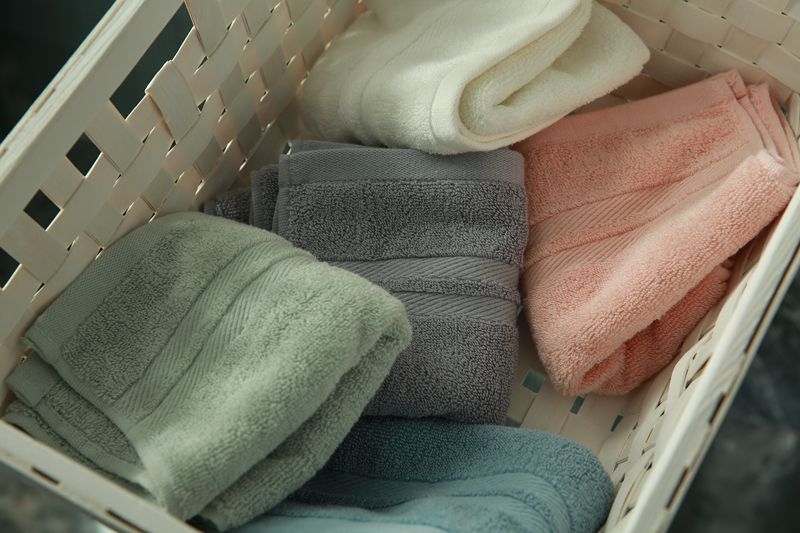 The towel falling from the loom is looped on both sides;and the current printing products require a flat cloth surface,what should we do?

Then came the cut velvet.The loops are cut in half so that the towels can be used for short sleeves.

The high-end factory can print the towel into the desired strip,and it is also very high-end as a decoration.

However,the disadvantage is that the cutting velvet products are easy to fall down,if the process is unreasonable;

Hahaha,the hair will shed after entering the water.

However,no matter how reasonable the process is,the velvet products will have slight lint.

Lint-free cloth products are not easy to scratch during printing,but they are durable and do not have to worry about shedding;the hand feel is relatively poor.

Why do some towels not absorb water after being put into the water?Wipe it with a towel and the water dries up?

Due to the use of an auxiliary tool when handling towels:

This thing is a liquid,and the towel softens as it slides through it.

Its absorbency can be divided into two types:one is absorbing and the other is non-absorbing.

Of course,you should know the previous question.

If you are very careful,you will find that some towels have one loop on one side and two loops on the other,and some have hair on both sides.

Ring;something is made up of two loops.

Tell you about this!

Generally speaking,the products we see are towels with terry loops on both sides;because it is a mass product,this is called single wool craft;

And sometimes you will see a towel with terry on one side and two terry on the other.This is called single and double wool craftsmanship,which is a high-end product.

What is even more commendable is the double wool process,that is,a towel composed of loops on both sides;this towel is particularly thick.It is an advanced series product.

Yes,there is no doubt that the price of this stuff is very expensive.

What is a break?

Haha,in fact,many of the towels we see in the supermarket are broken towels.

You can see that in the middle of the towel,in addition to the loops,there is a piece of cloth blocking the exit of the towel;

Its craftsmanship can be ever-changing;many patterns can be woven;

On the towel,you can see that there are some terry loops,some are cloth rails,and these cloth rails are lower than the terry loops;after processing by the process engineer,these protrusions appear.

This towel is much more expensive than ordinary towels,but it is only suitable for color matching by dyeing;the pattern is simple.

Added to this scene an added value of$1-2 to the value of the towel.

Surrounded by the body after bathing;

This mask is usually printed with beautiful colors:cartoon,beauty,landscape...

Other bath towels are used abroad as beach towels,and you can use it to make a shawl on the beach and afterward when you travel to the beach.

The bath towel used as a decoration is also very good.

Compared with the pure white bath towels used by ordinary households,these things are not printed,but all white,or light white of the same color;they are more common in hotels.

And families don't usually use these things.

The little girl especially likes comics,because they are so beautiful,so bath towels are also very popular in China.

Plain color towels,we have generally seen that manufacturers,driven by profit,mixed chemical fibers into cotton yarn;and we can't tell whether there are chemical fibers!!

There are many manufacturers of this type of blended fiber,so they get a lot of cost reduction!

How can we better distinguish?

Chemical fibers generally feel particularly soft and comfortable;excellent softness(note that the aforementioned softener has this function)

And the big scraping products(and the big face towel prints)we see are easy to identify:the chemical fiber yarn is not dyed,it is white,and it is under the purple light;

This product is a dye for printing color;

Note that this is a non-toxic dye.

This is obvious.The color of the pattern printed on the previous one is glossy,and the latter one is not glossy,which is ugly.What is seen is a lacquered tea towel;where is it printed;

The wool or suede sticks together,there is no fluffy feeling,and the product is eliminated.Be careful not to buy!!

And the paint is used now because it's terry or suede stuck together;so the printed fonts,lines;it's usable and gives our products a place to work.

The other is New Horizons.