[Gaoyang Towel Manufacturer] What should I do if the towel has a sour smell? One trick to get it done! 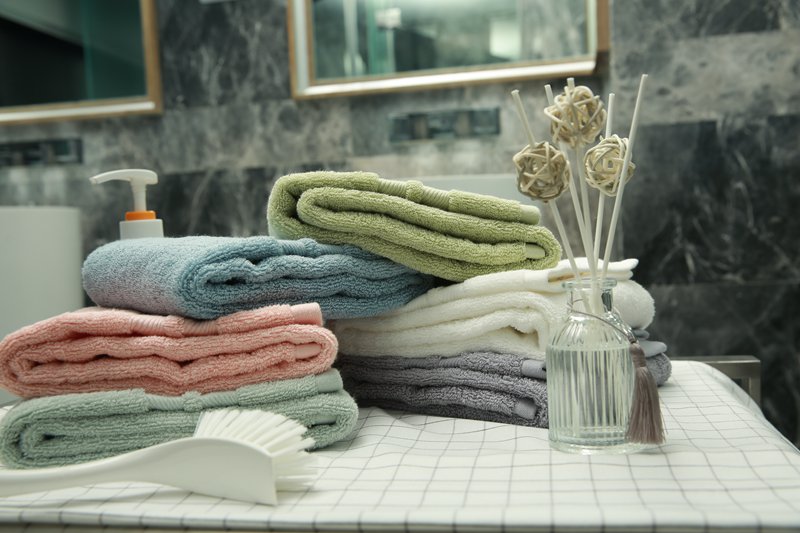 [Gaoyang Towel Manufacturer]This solution will help remove the sour smell from the towel!

We like to take a shower and then dry off our senses with a fresh towel.It made us feel so clean!It's really nasty and smells a little musty and sour when you grab a towel you're supposed to be clean.It's not a very pleasant experience for your shower conversations!Why are washed towels always a little sour?

A drop of vinegar can make all the difference!

Did you dry yourself with an acid towel many times this morning?You are not the only one.The sour taste is because when you put the towel in the basket,it is still a little wet.Sadly,even the best laundry detergent won't get rid of this odor.A drop of vinegar works!Vinegar can remove musty smells from towels,and what we like to call the scouring pad effect can also be removed this way.Vinegar will keep your towels from getting thick,but still soft and fluffy.

That's why you add a cup of white vinegar when washing towels.You can put vinegar in the room where fabric softener is normally used.Don't worry about the lingering smell of vinegar after washing the towel.Laundry detergent will solve this problem!However,it's important to make sure you don't wash your towels with vinegar too often.If you do this often,the smell may linger,forever.It's not much better than the musty smell.So only wash the towels with vinegar when they really smell musty.

next：The towels used by infants and young children must be soft, otherwise the consequences will be disastrous!